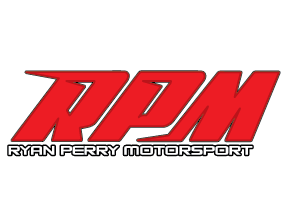 Ryan Perry Motorsport (RPM) race team showed well at the Rotax Challenge of the Americas opener in Tucson, Az.  The team utilizes OTK racing karts and had drivers on Tony Kart as well as FA (Alonso).

Newcomer to racing in the states was Canadian Ryan Martin (Tony Kart). Martin showed extreme improvement throughout the weekend.  After starting close to four seconds off the pace on Thursdays open testing he trimmed 3.5 seconds off by the end of the event and was only half a second off in his first Challenge of the Americas outing. Saturday’s final ended with a 17th place finish. Sunday was slightly more difficult after breaking the water pump in qualifying. Ryan Martin finished 18th at the end of the day. Team owner Ryan Perry was extremely pleased with Martin’s rapid improvement during the four day event. The driver of the #210 Tony Kart was equally as pleased with the handling of his Jr. Rotax package. Martin will return for round two of the Rotax Challenge of the Americas in Phoenix Arizona on February 5th. This time he will be driving on Wednesday to learn the track before getting into chassis and engine tuning on Thursday.

Masters driver Diego Pelosi (FA) had an outstanding weekend, walking away with double wins. Pelosi just missed out on qualifying pole Saturday and came away second in the pre final. The chassis was not perfect at this point. The final saw Pelosi running second to capitalize on the leaders’ mistake toward the end to take the lead and the win. Sunday was a different story as the chassis was better and the pole position in qualifying was obtained. Diego Pelosi came away with wins in the pre final as well as final. He was extremely happy with the performance of the RPM tuned FR125 and FA chassis. Heading into round two as the championship leader should be a confidence booster for the Brazilian.

Mason Marotta (FA) contested Sr. Rotax running with RPM. After a 9 month hiatus from karting Marotta was right on pace. This was a very up and down weekend for Mason. Friday saw issues with the engine. There was no time to resolve these issues, so Joey at Overdrive Motorsports offered an engine to rent. This engine was at least on par if not slightly better than Marotta’s race engine. The first four sessions of Friday were wasted as the first session was wet and the following three were spent diagnosing engine problems. The final round was when the Overdrive Motorsports prepared FR125 went on; immediately back on pace and P3 on the timing. Saturday, Marotta qualified on the pole in the highly talented Sr. class by close to 2 tenths. He brought it home in second in the pre final but ended up getting sent off on the start of the final. After being delegated back to the 35th position in dead last, he began picking them off 1 by 1. At the end of the day a 7th place finish was the final result, an impressive comeback nonetheless. Sunday’s qualifying session Mason went p1 early before he entered the hot pit. After waiting several minutes the #354 entered the track once again to lay down a flyer. Several attempts of a clean lap were ruined after some of the other drivers would let off at the wrong time and hold him up.  The RPM/FA driver had to settle for 2nd on the grid. In the pre final Marotta fell to 5th on the start and battled his way back to 2nd. The start of the final was similar to Saturday’s main event; Mason was sent off the track and fell to the back only this time sucking rocks and dirt into the air box. This caused the engine to run rich throughout the main so he only made it up to 13th before a 2 position penalty dropped him to 15th.

Ryan Perry Motorsport would like to thank Nick Johnston and Joey Guyon for their support.

Ryan Perry Motorsport was formed in 2012 and is dedicated to winning races as well as developing young drivers. If you have any interest in racing with RPM on OTK chassis’ please contact team owner Ryan Perry at ryanperrymotorsport@gmail.com or call (818) 825 6944